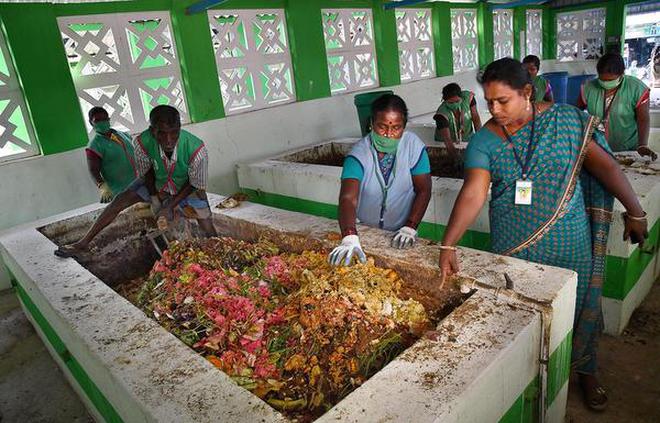 Selected based on its performance on solid waste management

Union Ministry of Housing and Urban Affairs has chosen five cities in the country including Tiruchi and Coimbatore for undertaking a waste management project funded by three European countries and European Commission for funding climate change project.

Bengaluru, Varanasi and Goa are the other cities chosen for implementing the Nationally Appropriate Mitigation Action (NAMA) funding project. NAMA is a joint initiative of the German Federal Ministry for the Environment, Nature Conservation, Building and Nuclear Safety, United Kingdom’s Department of Energy and Climate Change, Danish Ministry of Energy, Utilities and Climate and Foreign Affairs. NAMA will extend a grant to the tune of ₹138 crore for implementing the project in five cities.

To chalk out a plan of action, the Union Ministry of Housing and Urban Affairs held a meeting in New Delhi on Thursday with the NAMA officials and the Commissioners of five cities.

N. Ravichandran, Commissioner of Tiruchi Corporation, who participated in the meeting, told The Hindu that Tiruchi city was selected to implement the project based on its better performance on solid waste management practices.

A Detailed Project Report would be prepared for implementing the project soon.

Mr. Ravichandran also said that a high-level team of Union Ministry of Housing and Urban Affairs and NAMA officials would soon visit Tiruchi to firm up the proposal.

They would visit micro compost yards and review the solid waste management system, he added.